Everything you need to know about this new book about work gone wrong can be found here: http://nowfiring.blogspot.com/ For Fu*k-Up Support: FAXBoy@rocketmail.com
Posted by FAXBoy + FileGrrl: at 4:59 PM No comments:

It's Friday, But You Better Start Planning for Monday Anyway... 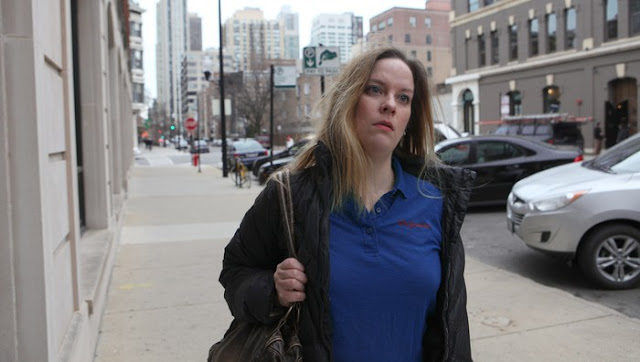 New York -- Local pedestrians told reporters Thursday morning they were unable to discern whether the agitated, uniform-clad woman smoking a cigarette on a city sidewalk was on her way to work at a nearby Walgreens or returning home from a night shift there. “Wow, she’s either just had a really shitty day at work at Walgreens or she knows one is coming,” office worker Kenneth Turner said moments after he passed the bleary-eyed, slump-shouldered woman on a street not far from the 24-hour drugstore. “She looks beaten down and is sighing heavily, but I can’t tell if that’s because she has just stood under fluorescent lights while being berated by angry customers for eight hours straight, or is about to.” At press time, witnesses confirmed the woman had uncontrollably burst into tears, a development that did nothing to shed any light on the situation.

[From The Onion a Long Time Ago: "Impossible To Tell If Frazzled Woman In Walgreens Uniform Going To Or Coming From Work"]
Posted by FAXBoy + FileGrrl: at 12:30 AM No comments:

FAXBoy + FileGrrl:
Authors/Disemployment Specialists: We met at a temp job YEARS ago and haven't shut up since. Then we wrote a book about it. (Think: Mad Libs™ meets PostSecret, plus a whole lot of The Office.)

Find Us in These Fine Bookstores: